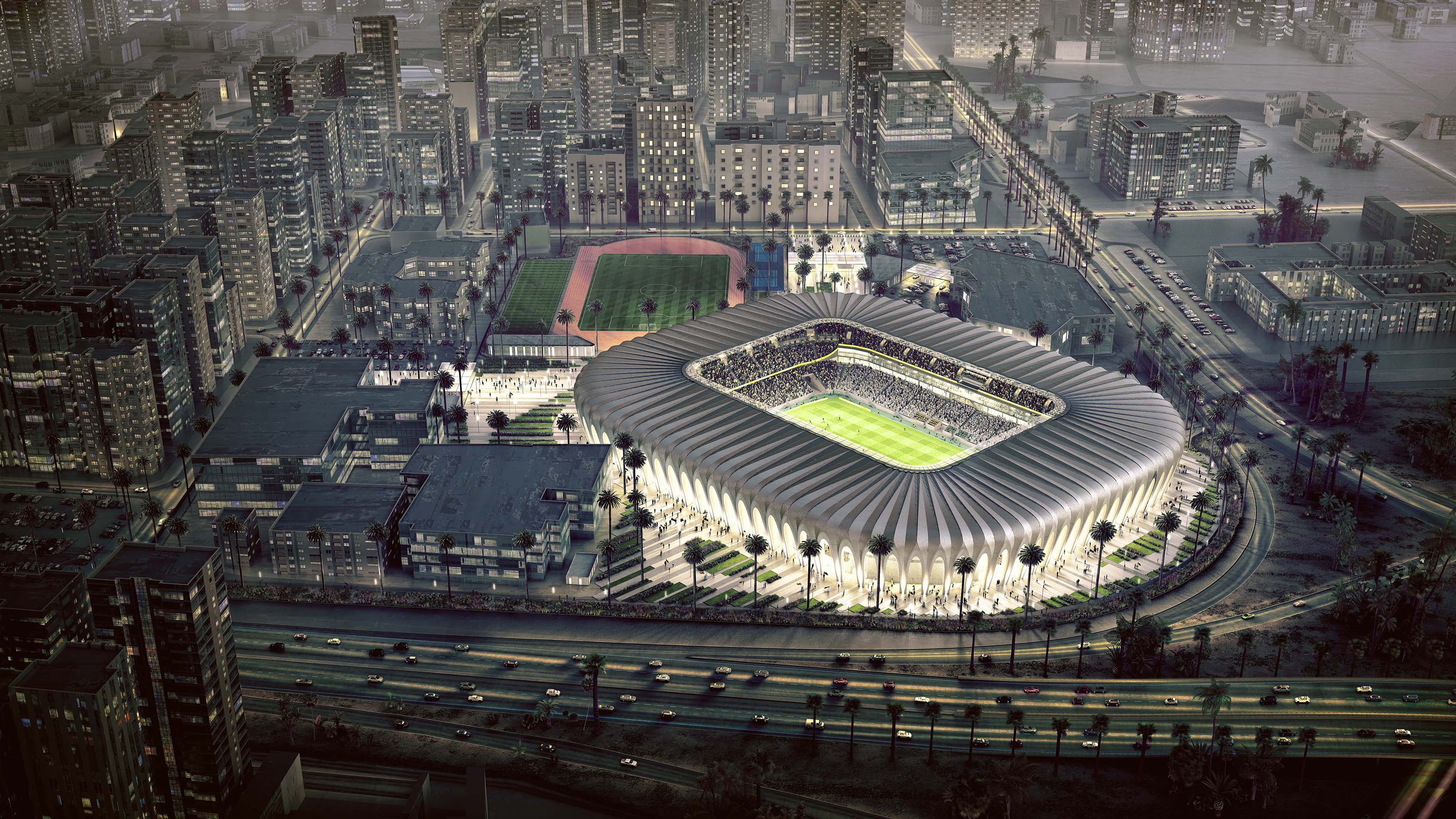 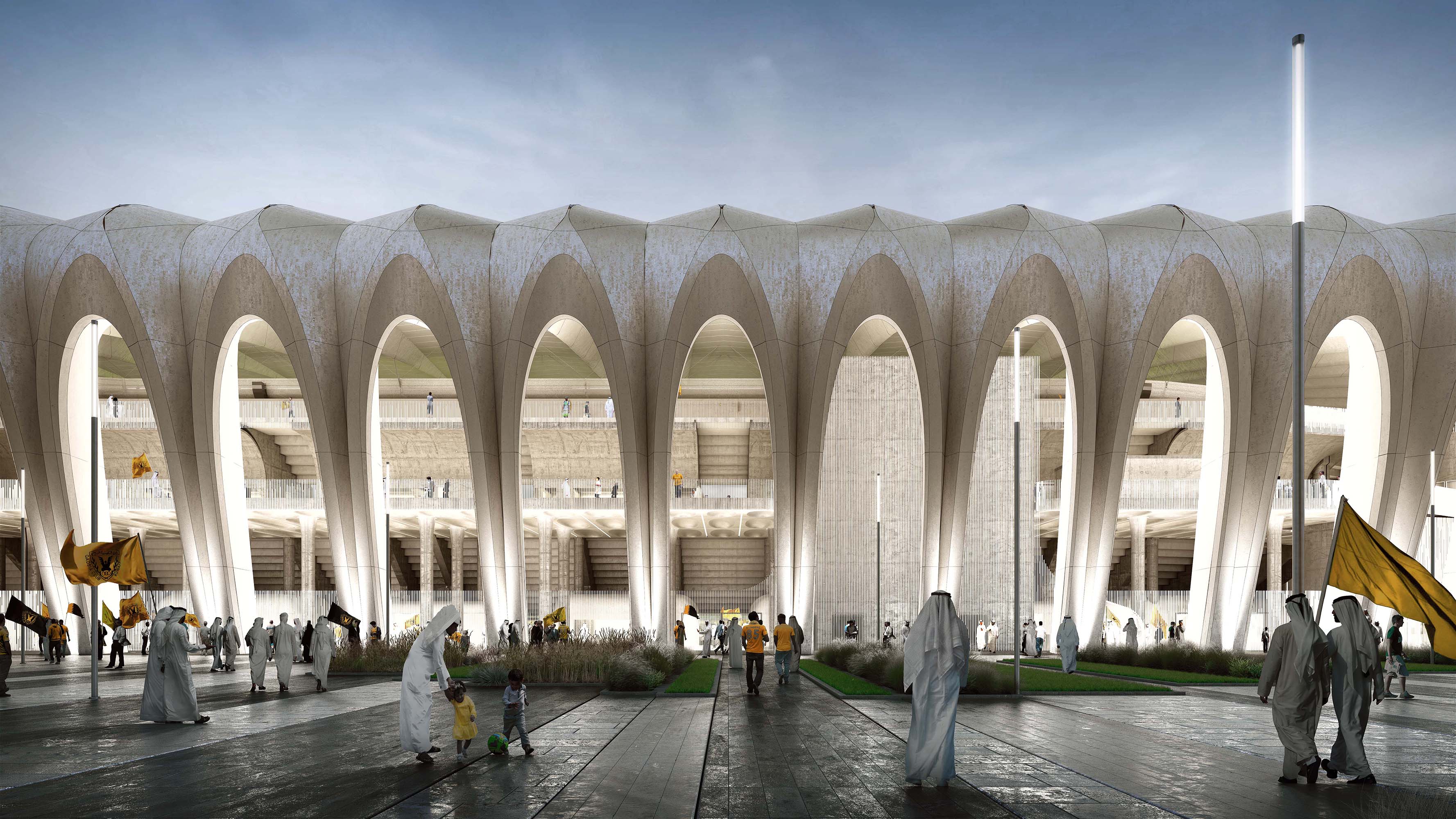 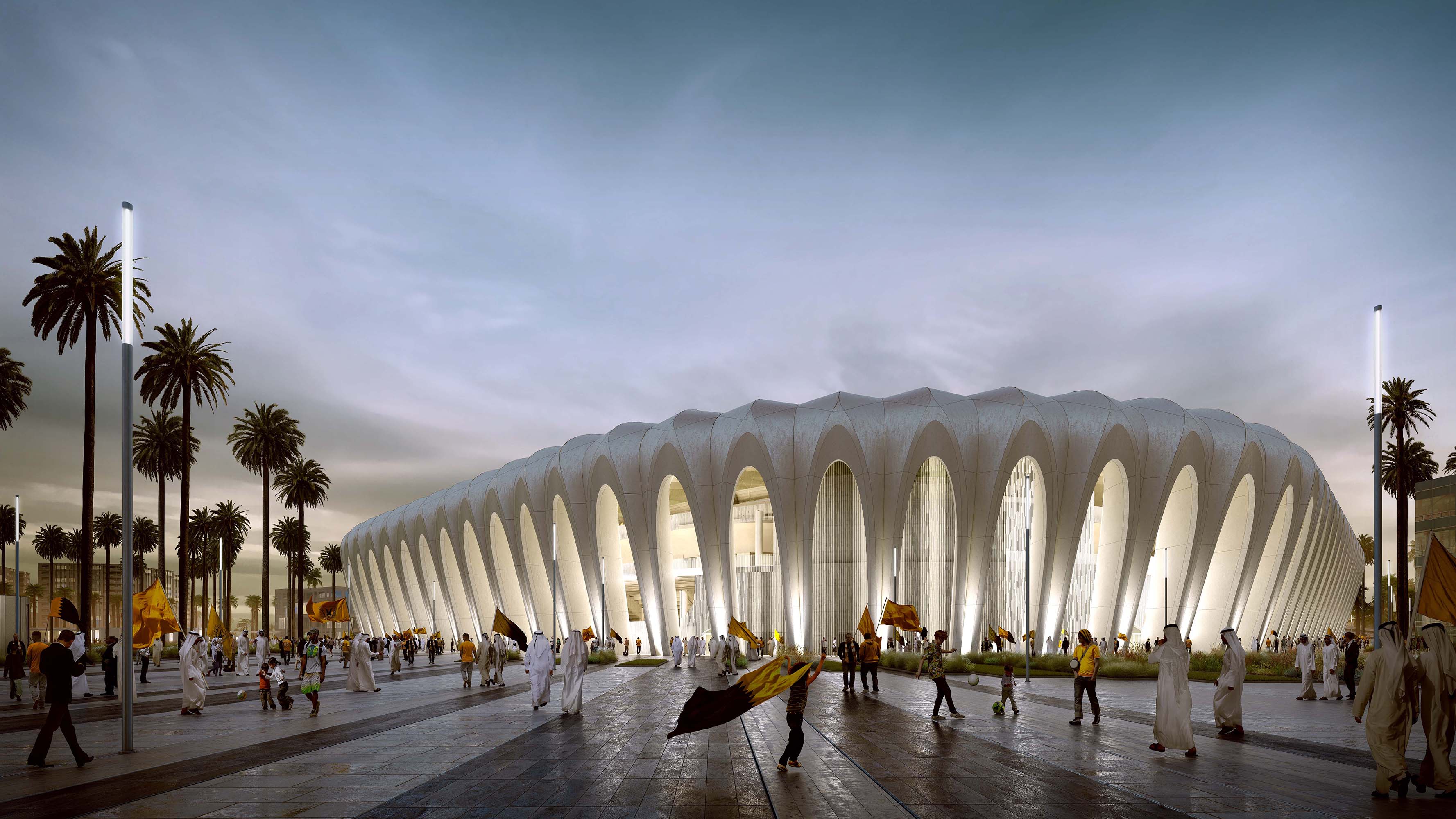 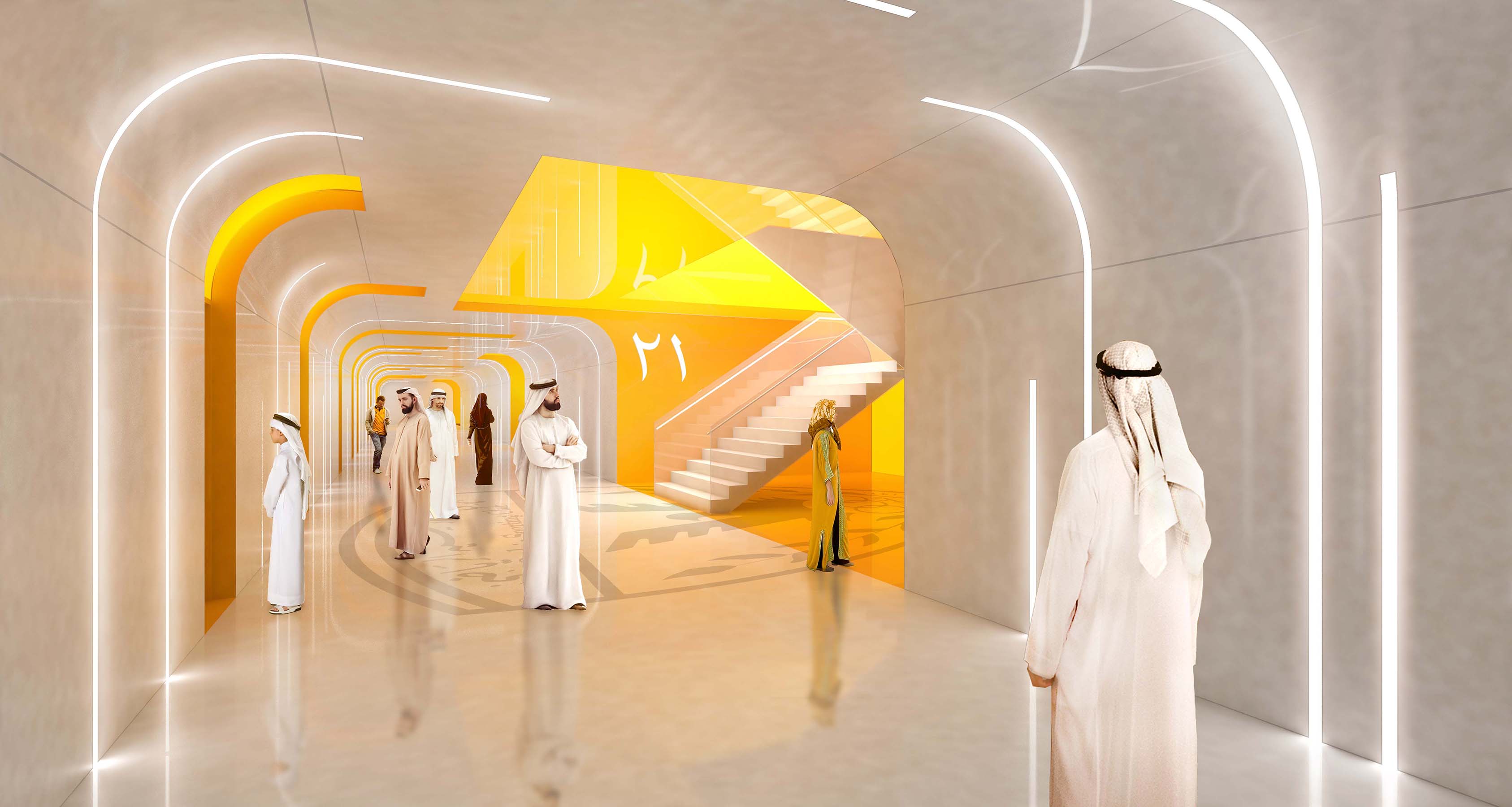 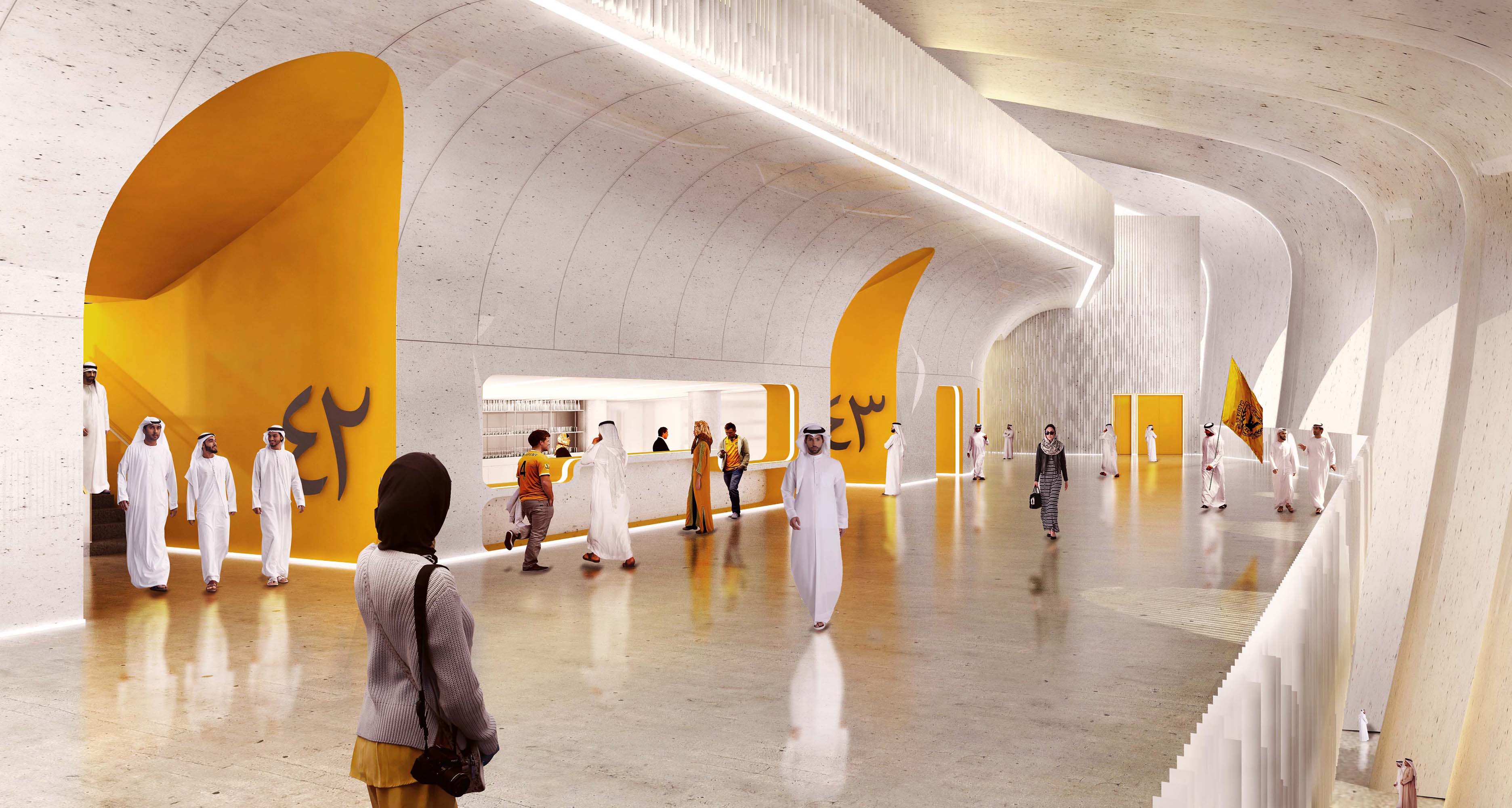 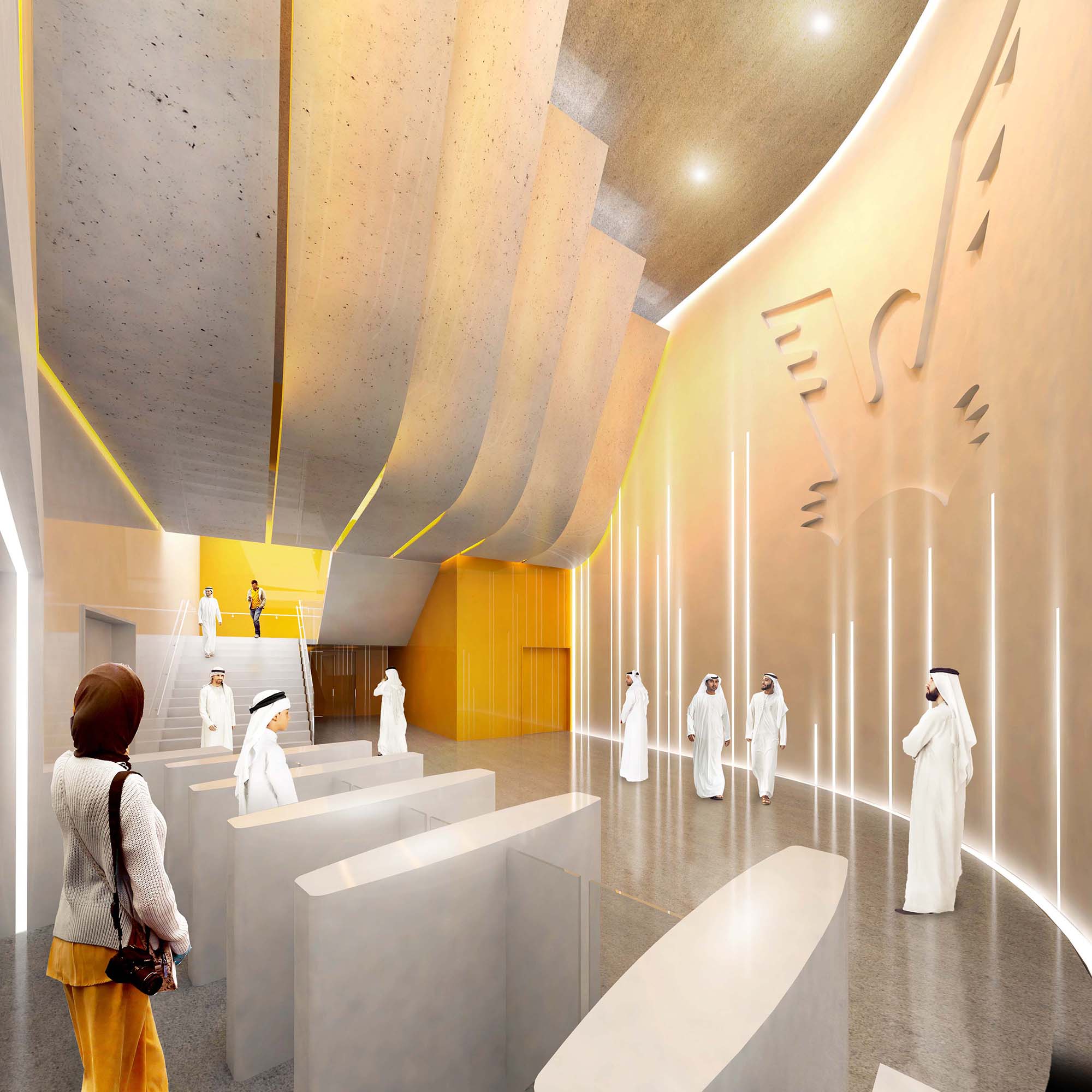 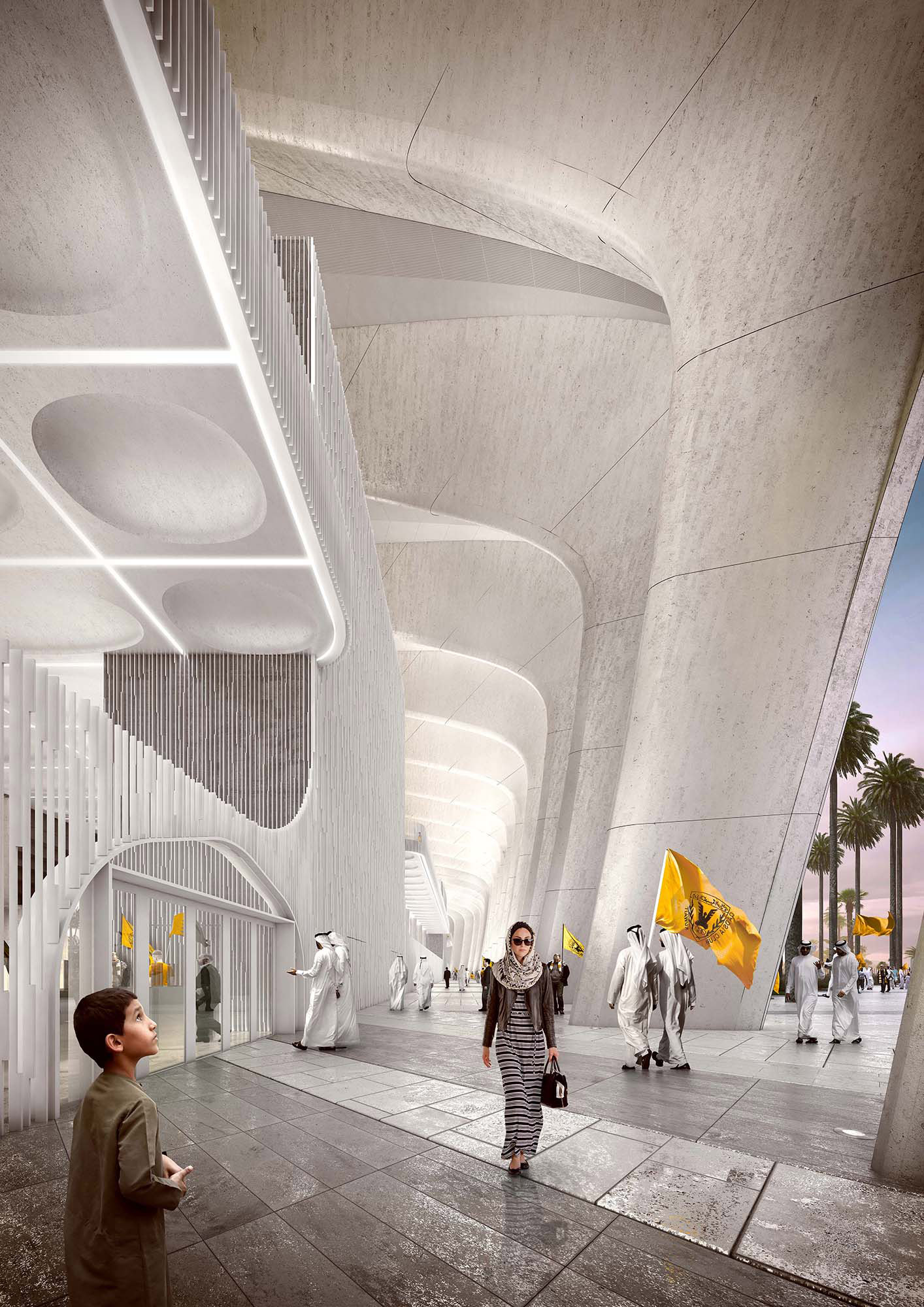 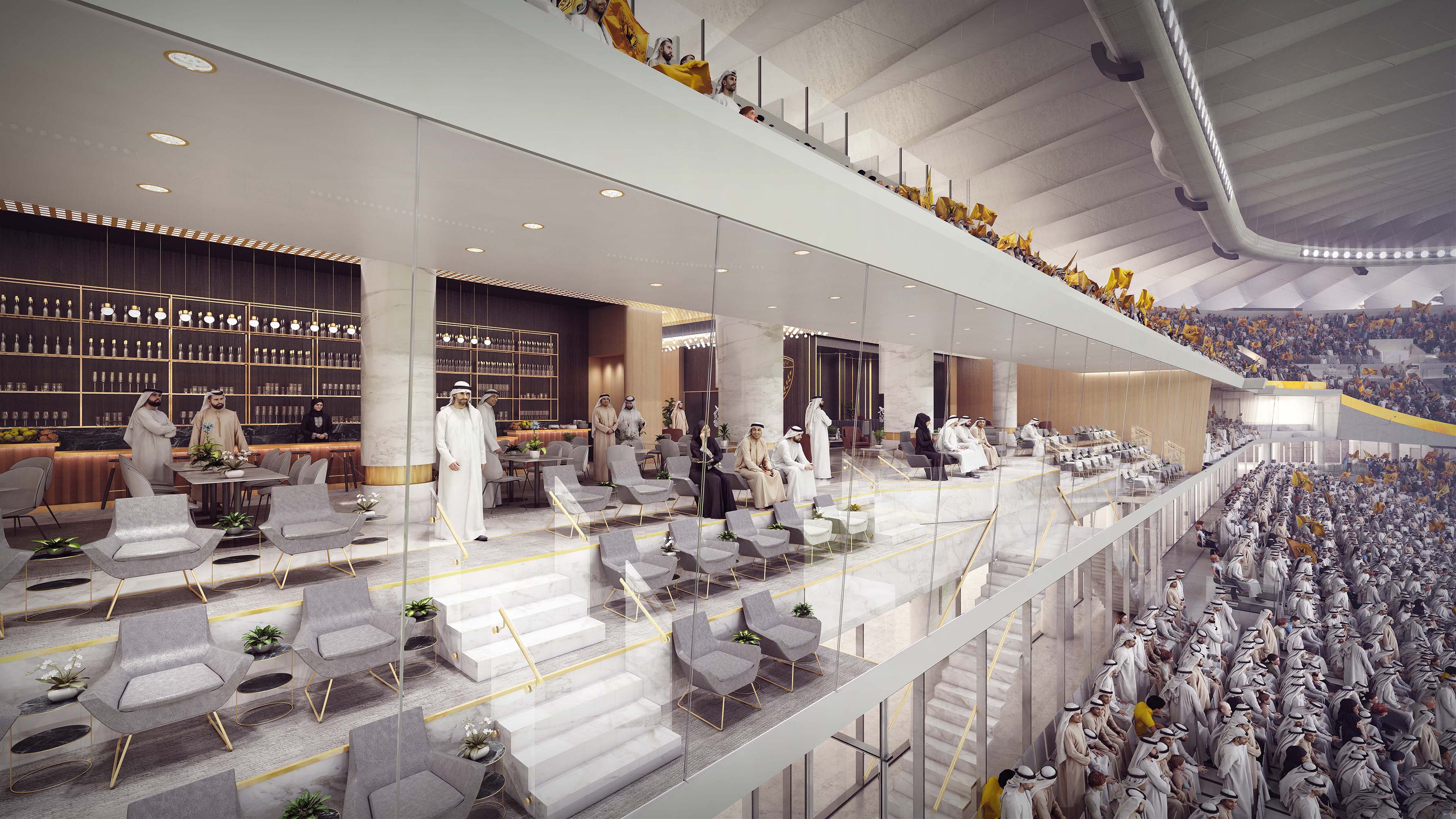 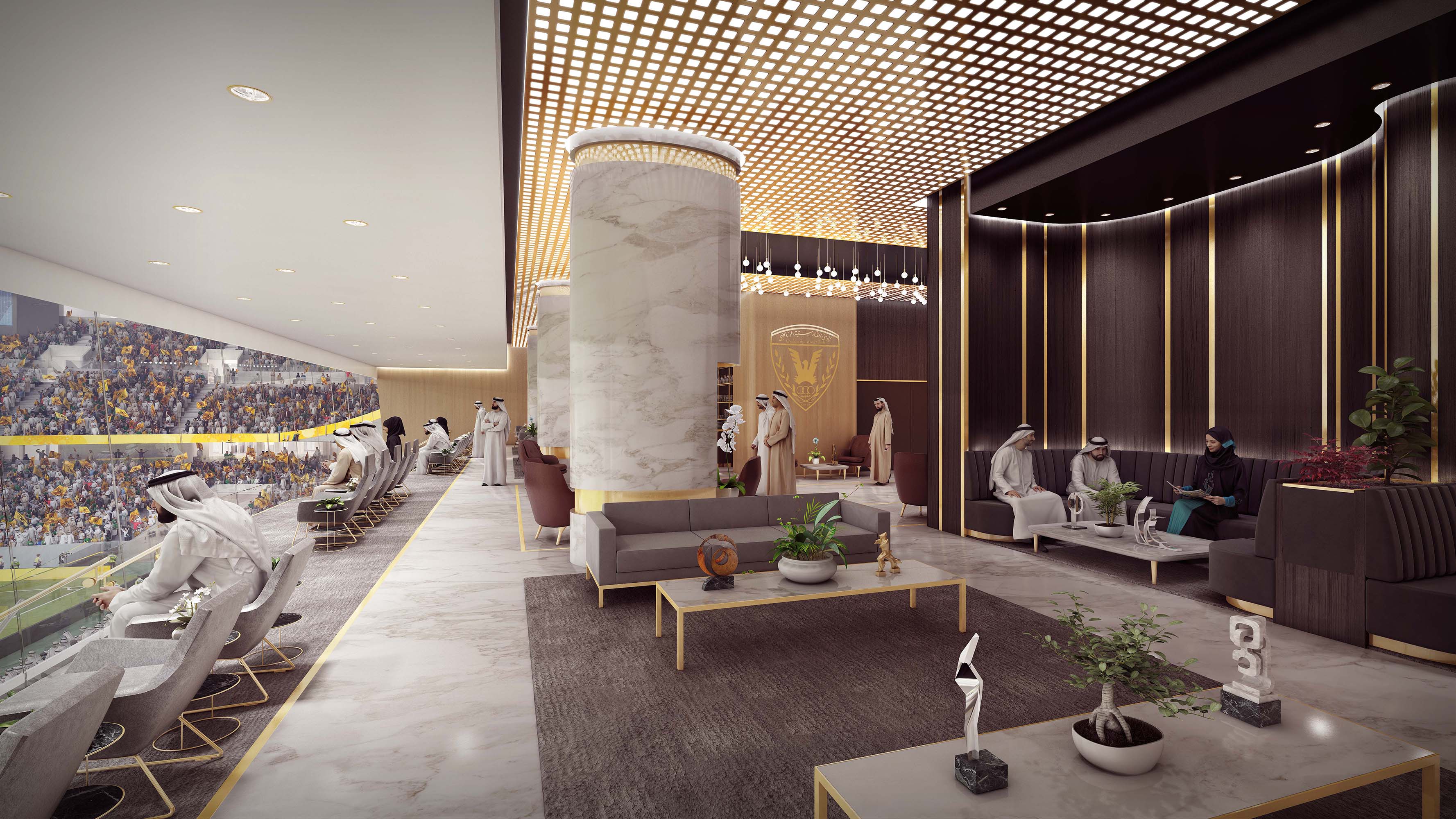 Mohammed Al-Hamad Stadium in Al-Qadsiya Sports Club is designed to capture the architectural identity of traditional Islamic architecture in its simplicity, with a series of elegant archways that sweep around the building. Fulfilling FIFA and UEFA Category 4 stadium requirements, the 30,000 seat stadium will be eligible to host matches in football’s most prestigious tournaments in addition to Kuwait’s most popular football teams. The seating bowl is designed to generate an incredible atmosphere, bringing spectators as close to the action on the pitch as possible.

The recently completed design of the Mohammed Al-Hamad Stadium in Al-Qadsiya Sports Club features fan plazas, designated broadcast and media zones, VIP Gold, Silver and Bronze seating and lounges, box seating, halftime welfare facilities, and team support areas. The stadium’s goal is to deliver a new venue on the site of the club’s existing stadium, serving the surrounding dense urban community by being easily accessible to the residents in the area.

The many features of the brand new multi-use stadium and its overall goal, work to support the long term goals, of the Kuwait 2035 Development Vision, which aims to nurture and develop socio-economic, cultural and environmental growth in the country, while upgrading the infrastructure and ensuring social engagement. Gulf Consult are the Lead Consultant in association with Populous as Associate Design Consultant and Stadium Expert. WSP advised on the special structural systems.