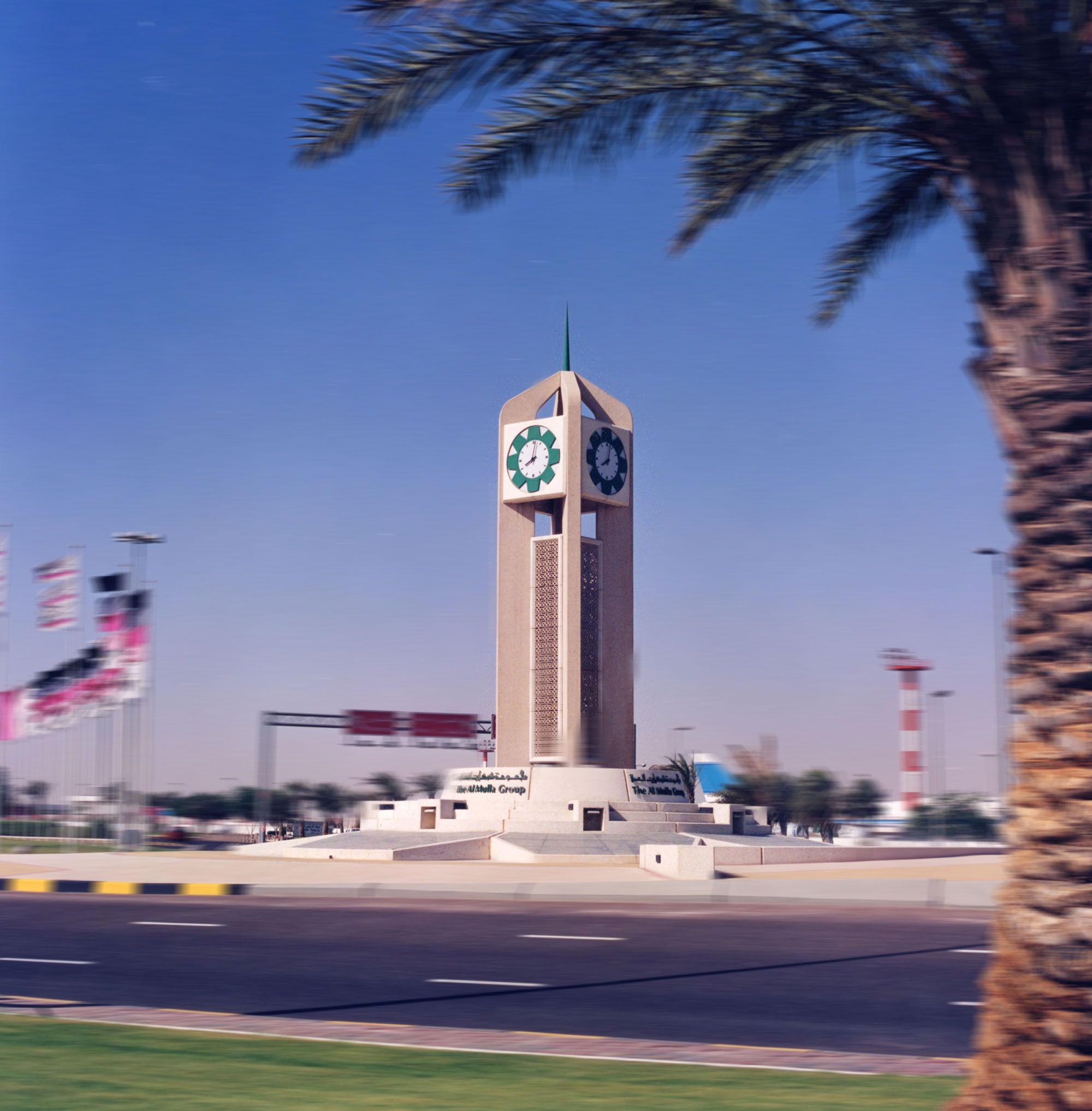 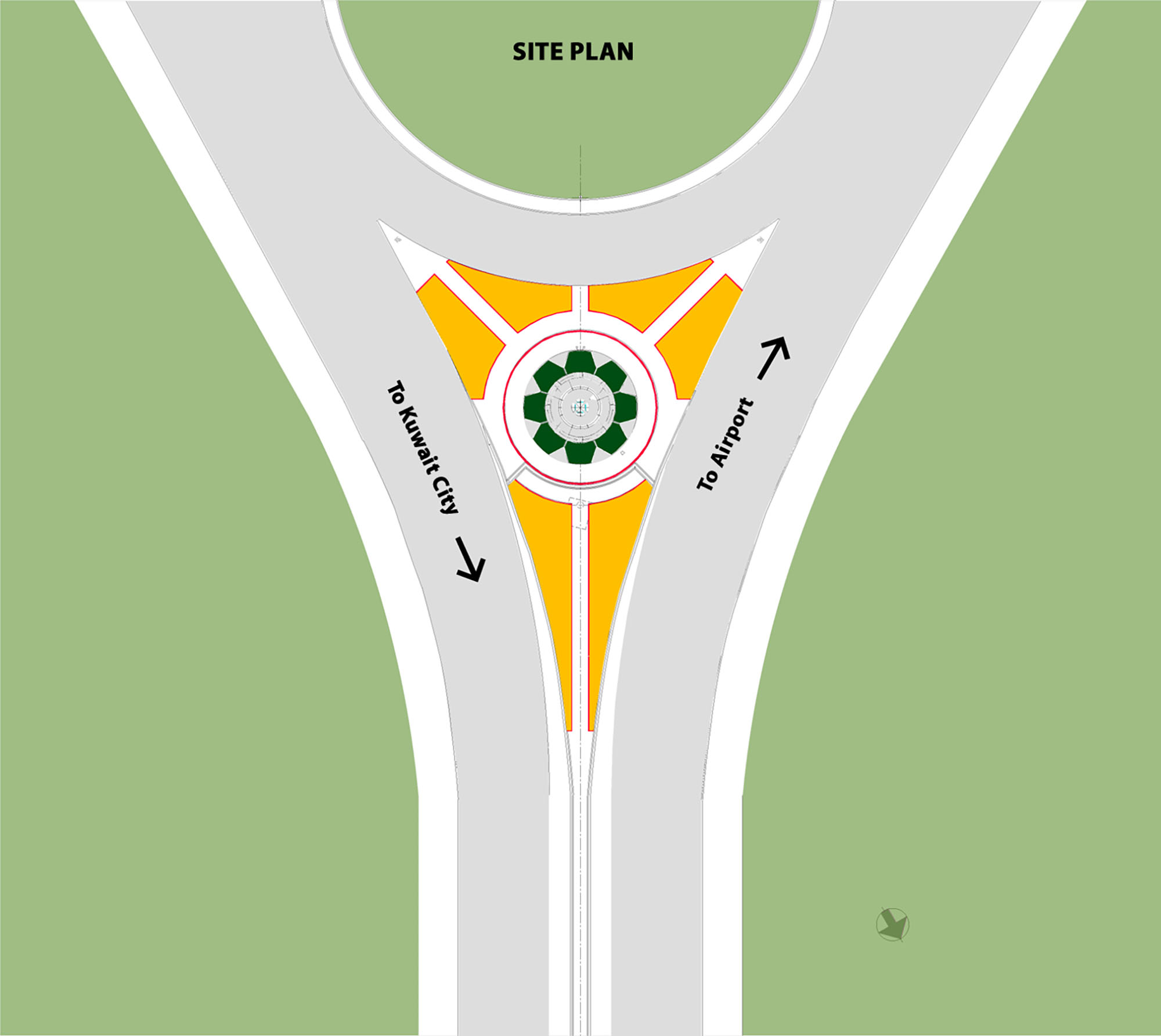 After the iraqi invasion in 1990, the Al Mulla group wanted to create a memorial at the International Airport for the Kuwaiti soldiers who died during the war.

However, over time, the concept of the memorial changed to become an advertising symbol for the company’s image – greeting travellers on their way in and out of the country. This monument is strategically located along the main central axis of the airport on the road leading to the main terminal.

The 14m diameter base reflects the company logo from which the tower rises 12 m high.

There are four synchronized clock faces, also set into the BMB logo.

It is made predominantly of white precast concrete, with GRC masharabias and GRP clock faces all aesthetically illuminated at night.